As climate change and policies to address it take center stage, it is important to have a constructive discussion that will bring productive and long-lasting results to this important problem. There is no doubt the Green New Deal (GND) has provoked that discussion with its ambitious goals. As ACCF has stated before, we agree that there is a need for policies that will reduce global greenhouse gas emissions. However, we also need to understand the impact of the policies suggested on other sectors of the economy to make any kind of judgement on their feasibility. Without a reliable and consistent estimate, it is difficult to render judgement.  Many back of the envelope calculations have put the cost of the Green New Deal, which currently lacks details, at trillions of dollars.

Obviously, there are a lot of discussions to be had surrounding many aspects of the Green New Deal. We wanted to focus on the more technical aspect, whether the Green New Deal can be modelled and analyzed to inform us about its costs and benefits. 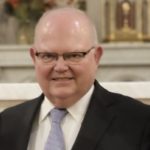 Who better than David Montgomery, Ph.D., with more than 40 years of experience in economic modelling and energy markets, to answer some of our questions:

Is there a reliable way of modeling the Green New Deal to get an accurate picture of costs and benefits?

Despite the ability of creative analysts to put a number on almost anything, I think that it is impossible to make a reasonable estimate of the cost of the Green New Deal, especially in its envisioned time frame of 10 years.  There are three reasons why this is so:

Can you describe any shortfalls in the current generation of models to simulate the impact of the GND?

Economic models are systems of equations and constraints.  What GND calls renewable energy (which excludes nuclear) provided only 13%of total U.S. energy needs in 2017.

Even if it allowed us to keep operating the existing nuclear fleet, which provides another 10% of U.S. energy, the GND would demand replacing over 75% of the electricity, gasoline and diesel fuel, and natural gas we now consume with wind, solar or biofuels.  That is literally impossible to do in one or two decades.  There is no way to store enough energy to maintain supply when the wind is not blowing and the sun is not shining.  Diverting enough land to produce biofuels would drastically reduce food supply (not to mention creating additional CO2 emissions from land use change). Thus, achieving zero emissions would require a combination of starvation, blackouts, and rationing.

The costs of starvation, blackouts and rationing are literally impossible for economic models to capture.  Some models, which impose realistic constraints on how rapidly new technologies can be introduced, would simply report that there is no solution to their equations.  Others, that allow for extreme changes in consumption of energy and other goods, would give misleadingly optimistic answers about how consumers will substitute purchases of clothing and bicycles for energy.  Rationing would be indistinguishable from an extremely high carbon tax, and mortality from lack of energy or food would be ignored except for the effect of a smaller labor force on GDP.

Many different versions of the GND do not provide any details. What does the lack of specificity in the proposed policies mean in terms of being able to generate accurate estimates of the impacts?

Since economic models are basically computer programs, they require a very precise description of the policies being modeled.  Just like typing an email address, a small error in that specification can be fatal.  The GND is vague about specific policies and achieving its climate goals alone would require a regulatory net covering every decision about energy use and supply.  We have collected mountains of data on energy since the 1970s, but still fall far short of the ability to calculate the total cost of retrofits to improve energy efficiency in every building in the country or modifications of all manufacturing processes to reduce emissions.

In the absence of specific details of the policies to be implemented and extensive data on affected economic sectors, models default to assuming that government is omniscient and adopts policies that achieve the same result as a perfect market.  That leads inevitably to gross underestimation of the cost of universal government planning envisioned by the GND.

And energy policy is the subject on which we probably have the most information useful for economic modeling.  Other areas of life that the GND would affect include intrusive workplace regulations, free health care, guaranteed income regardless of effort or ability and other proposals that radically change incentives for consumption, investment and labor supply. Modeling the cost of these changes in order of magnitude is far harder than modeling energy costs.

The GND policy proposed by AOC and Markey goes beyond climate and energy issues. Can the current generation of models analyze these non-energy issues?

The vision of governance found in the GND compounds the problem.  The GND resolutions introduced in Congress establish that the primary goal of GND is income redistribution and transfer to power to what it labels “frontline and vulnerable communities.’’  The beneficiaries of this enshrinement of the politics of identity and victimization as a new form of governance are to include “indigenous communities, communities of color, migrant communities, deindustrialized communities, depopulated rural communities, the poor, low-income workers, women, the elderly, the unhoused, people with disabilities, and youth.”  Not only are policies to be designed to redistribute income toward these groups: they are to be designed by “democratic and participatory processes that are inclusive of and led by frontline and vulnerable communitiesand workers to plan, implement, and administer the Green New Deal mobilization.”

What this implies is not just that the GND would implement regulatory approaches with costs far higher than economic models can capture.  It implies that climate, health care, labor and other regulations will be designed not just to correct specific concerns, but to achieve income redistribution and empowerment of favored constituencies.

The empirical evidence that the result cannot be modeled adequately is overwhelming. Environmental justice movements have multiplied the cost of achieving California’s climate goals, by demanding inefficient choices and compensation payments in every new initiative. Developing countries demands for compensation and environmentalist objections to cost-effective ways of reducing greenhouse gas emissions have hamstrung global climate negotiations.

Economic models are neither designed for nor are they capable of being modified to capture the effects of changes in underlying political institutions and property rights.  Historical examples can give some idea of the magnitude of harm that might be brought about: Venezuela under Chavez, Argentina under Peron, or Zimbabwe under Mugabe come to mind.  Only in retrospect has it been possible to calculate the cost of socialism to the people of those countries.

Given the significant dependence of the U.S. economy on fossil fuels, investments in assets were made premised on that dependence continuing into the foreseeable future. What would be the impact of stranding those assets?

One particular form of redistribution that would be likely under any policies designed to drive greenhouse gas emissions to zero over a single decade is the bankruptcy of most businesses that now own the capital equipment used to generate and distribute electricity, produce and refine petroleum, or deliver natural gas.   These assets, and all coal mines, would become worthless long before the end of their useful lives, which for most, extend far beyond the 10-year period over which they would have to shut down.

Those bankruptcies would certainly achieve some of the leveling goals of the GND, by destroying the savings and assets of every lender and equity investor in non-renewable energy.  Based on the ratio of energy to total domestic investment, that would be destruction of at least 6% of the wealth of the country.  The shock would likely be comparable to the recent financial crisis, as financial institutions revised their balance sheets and restricted credit, individual investors retrenched due to their reduced assets, and courts were swamped with bankruptcy filings.

Models with sufficient technical and economic detail to estimate impacts on energy markets do not contain any of the short run macroeconomic capability required to assess this kind of impact on financial systems.

Given the views of the difficulty of modeling the true impact of a GND, what is your opinion of back of the envelope calculations of trillions of dollars?

After all, Venezuela’s GDP has fallen from $331 Billion in 2012 to $96 in 2018, a drop of 70% in six years of socialism that is now admired by American progressives.  With U.S. GDP now over $20 Trillion and growth forecasted to be 2.5% annually over the next decade, just halting economic growth for 10 years – which the GND would almost certainly do – would reduce GDP by 28% or almost $6 Trillion. Depending on just how drastic the policies chosen by “frontline and vulnerable communities” turn out to be, I find any number in the range of $6 to $14 Trillion annual loss to be plausible.

Pınar Cebi Wilber’s research interests are diversified and include energy policy, tax policy, international trade and finance, and general government policy. Recently, Pınar has researched issues related to climate change legislation including the impact of such legislation on the U.S. economy. She has also done extensive research on the effect of government policies on retirement saving as well as the use of annuities in retirement.
View all posts by Dr. Pinar Cebi Wilber →