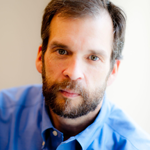 Big picture – voters rejected policies that would raise energy costs on consumers when put before them on the ballot last night – the carbon tax initiative in Washington state, renewable energy mandate in Arizona and limits on exploration and drilling in Colorado and Alaska.

At a local level – House members who signed on to or flirted with carbon tax legislation lost (Curbelo & Love) or barely hung on (Fitzpatrick). Only Rooney – who focused more on a hyper local issue (nutrient driven algae blooms) managed a decisive victory.

With the defeat of Leonard Lance in NJ-7, all 8 Republicans who voted for cap and trade in 2009 have been defeated or retired.

Democrats lost three members of the climate caucus and Republicans lost thirteen. The climate caucus recruits in pairs to keep the membership bipartisan. Democrats immediate task is to recruit 10 Republican House members into the caucus to give it balance. With a more conservative house and a stronger Freedom Caucus – those recruits don’t exist.

Do expect more oversight of President Trump’s energy and environmental agenda by the House Energy and Commerce Committee. Talk of a bipartisan deal on infrastructure seems like a long shot if Democrats are grilling cabinet secretaries on their spending habits.

At the state level, four state attorney general offices flipped to Republican. This is important because nuance lawsuits against pipelines and energy projects often cross the desk of state AGs. This is positive for the outlook of energy projects.