The Spirit of Comrades 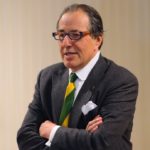 Among my most prized possessions are three finishers medals from the Congress ultra-marathon in South Africa.  I’m lucky now to be able to give back to Comrades as an international volunteer “Ambassador” for Comrades. With our race coming up on June 14, I’d like to share some thoughts.

This year, because of the Covid pandemic, the race is canceled.  But, the “Spirit of Comrades” is not forgotten. We’re going to have a virtual “Comrades Legend Race,” on Sunday, June 16th. You can run, walk, or crawl 5km all the way to the Comrades race distance of 90km.  You can do it anywhere, including on a treadmill at home. You’ll get a real medal from South Africa and your results will be published on the official Comrades website. All you need to know about the Comrades Legends race and how you can participate is explained here: www.comrades.com/

The “Spirit of Comrades” is international. I’m proud to say that Cheryl Winn, an American by birth, is the only person to have won the race and now serves as Chairperson of the Comrades Marathon Association.  In 2005, Cheryl and I had a bottle of nice South African wine and dreamed of how great it would be if one day we had 100 Americans and 1000 international runners at Comrades. That year, there were almost 14,000 runners, 474 internationals, including 43 Americans and 42 countries represented. In 2020, 27,500 runners registered for the race, 2354 internationals, 231 Americans and from 88 countries.  Our dream had come true. We now have Comrades Ambassadors from 25 countries around the world including the irreplaceable Digger Hargreaves, an Aussie, who is now an Ambassador-at-Large, like me.

The “Spirit of Comrades” is not just about running; it is also why Nelson Mandela liked Comrades; it reflected his life and ideals. Mandela said “sports has the power to change the world. It has the power to inspire. It has the power to unite people in ways that little else does. “Although non-whites and women were not permitted to officially run comrades until 1975 (the first race was in 1921) there is a long history of white runners giving their finisher medal to non-whites.  In 1975 comrades successfully forced the authorities to open the race to all races and women – a direct challenge to apartheid (15 years before it’s end). In 1981, when the South African government incorporated Comrades in its 20th anniversary of apartheid, Bruce Fordyce wore a black arm band and won the race, the first of his nine wins. See more about this in: Lessons from Mandela on Sports & Politics .

On Sunday, June 4th I will “run” the race for the Comrades Legends with a “legend,” Bernard Gomersal. In 1965, Bernard, a “Brit” became the first international to break a Comrades  race record . He was only the second international to win the race.  Today, he is a young 88 to my old age of 70. We are going to start at the Nelson Mandela statute in front of the South African embassy and then off we go to do a 5K. Neither of us ever thought we would get another Comrades medal. Bernard says I could be the first American to ever beat him (Bernard is a legend in ultra-marathoning, having won the historic London to Brighton 50 miler four consecutive times).  I’ve always believed I had a hard time at Comrades because it was too crowded. Now that it is just Bernard and me, I have a chance of beating a record Holder. And, I can prove Cheryl Winn wrong that the enthusiasm of “Mighty Mark” (my running nickname) is mightier than his race time.