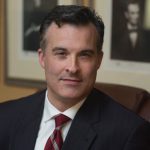 There is a longstanding claim that social and environmental (E&S) shareholder proposals are beneficial for investors. However, a new study found that neither public companies nor their shareholders see financial benefit from a shareholder proposal process that is used to promote a political agenda.

Prof. Kalt and Dr. Turki found that these initiatives have no statistically significant impact on the value of publicly traded companies, regardless of how they are voted by shareholders. However, responding to resolutions can involve significant costs for target companies, with tangible impact on their bottom line – therefore reducing returns for their shareholders.

The findings contradict the claims of a number of influential investors who have argued that in order to be successful, companies must benefit society as well as their shareholders. Most notably BlackRock CEO Larry Fink, whose firm has more than $6 trillion of assets under management, issued an open letter last January calling on executives to “serve a social purpose” – or else risk a voteagainst management positions. While this report’s findings do not necessarily support Milton Friedman’s infamous argument, of more than 50 years ago, that a corporation should focus solely on increasing value for shareholders, leaving it to management to engage in social causes individually, lest the corporation be used to advocate action that is better left to our elected officials. It does, however, raise the question of what investors think the proper role for a corporation should be in an era of heightened “corporate social responsibility.” The report clearly finds that the arguments for E&S proposals are better left to the political arena.

Prof. Kalt and Dr. Turki’s research was supported by the National Association of Manufacturers, which with ACCF is a partner of the Main Street Investors Coalition (MSIC). MSIC seeks to inform America’s retail investors of their rights as shareholders in public companies, and to empower themagainst the special interests that are increasingly looking to utilize their investments and retirement savings to pursue a political agenda.

As the ACCF has previously noted in a recent paper, proxy advisory firms have frequently supported E&S proposals, despite having clear conflicts of interest and lack of transparency to their recommendations.  Prof. Kalt and Dr. Turki’s research now also calls into question whether the E&S proposals they have frequently supported, are beneficial for the majority of shareholders who are simply looking to maximize the value of their investments.

Thankfully, regulators have taken notice of the problem. Last month, the Department of Labor – which oversees retirement investment plans – released guidancethat states that “fiduciaries may not sacrifice returns or assume greater risks to promote collateral environmental, social, or corporate governance (ESG) policy goals when making investment decisions.” Furthermore, as we discussed here, fiduciaries must “broadly avoid engaging with publicly traded companies through shareholder proposals that request disclosures or changes to management practices relating to ESG topics … [unless it is] likely toenhance the economic value of the plan’s investment in that corporation after taking into account the costs involved ”Prof. Kalt and Dr. Turki’s research shows that those costs can not only be in the millions, but also “open the door to the diversion of resources towards goals besides shareholder returns, with consequent harm to good corporate governance.” In short, there is a cost associated with E&S proposals that has no corresponding benefit to shareholders.