After eight years of retreat, it’s time for America to charge back into the energy-rich waters of the outer continental shelf and secure once and for all its rightful place as an energy superpower.

With his ambition to return America to its glory days and reassert the nation’s influence on the world stage, President Donald Trump would do well to start with energy security and a bottoms-up review of the energy policies put in place by his predecessor.

To do that, the president needs a full team of experienced and knowledgeable staff at the U.S. Department of the Interior and its agencies.

In the coming days, members of the U.S. Senate will have the opportunity to do something substantial to rein in federal overreach. They will have the chance to use the Congressional Review Act (CRA) to repeal the Bureau of Land Management’s (BLM) methane venting and flaring rule. Last month, the U.S. House of Representatives voted 221 to 191 to overturn the rule. Now it’s up to the Senate. The BLM rule was set in motion in the waning days of President Barack Obama’s administration to minimize venting and flaring of natural gas on federal and Indian lands. But the rule is a classic case of a federal agency overstepping. It is redundant, as states have rules in place that minimize methane emissions, and industry has deployed technologies to reduce emissions. In many cases, BLM’s rule conflicts with these effective state regulations. BLM also does not have the authority to implement this rule. Congress delegated regulation of the nation’s air quality specifically to the U.S. Environmental Protection Agency (EPA), not BLM. Because natural gas is mostly methane, capturing methane is already in the best interest of every oil and gas producer. In fact, industry investments and existing state regulations have reduced…

Every year the Progressive Policy Institute publishes a list of investment heroes, ranking both financial and nonfinancial firms based on their capital expenditure. These figures are very important for us, as our name indicates, we believe that for a healthy economy, we need strong capital formation. We have been lucky to work with some of the big investors on that list. It is not a secret that ACCF works heavily on energy issues, which also have strong implications for capital formation. Growth requires energy – energy investment fuels economic growth. One of our members who has been a staple on the PPI list just announced major investment plans in Gulf of Mexico: Exxon Mobil’s decision to expand its investment – to the tune of $20 billion over 10 years – in its refining and chemical manufacturing facilities in the Gulf of Mexico energy-producing states of Texas and Louisiana to take advantage of America’s energy revolution. This is exactly the kind of private investment our country needs to get back on its feet. Our nation’s energy resources offer an amazing competitive advantage that, if harnessed, will generate economic activity and create badly-needed jobs. We need more news like this kind. U.S.…

And then there were two. The abrupt resignation of Norman Bay last month left the five-member Federal Energy Regulatory Commission (FERC) with just two members – one shy of the three-commissioner quorum required to vote on major energy policies. FERC has now gone a month without a working quorum and the White House – with 517 nominations out of the 552 requiring Senate confirmation still to name – has been mum about potential candidates for the independent agency responsible for regulating the nation’s wholesale energy markets. It’s conceivable that the new president is unaware of the economic significance of FERC-regulated wires and pipes – which, according to a 2013 report by the Congressional Research Service, carries energy worth $435 billion annually – but the lack of a quorum is still bad news for the nation’s utilities, pipeline companies, and consumers that rely on the agency to provide a stable and predictable regulatory regime. It also poses a potential roadblock to President Trump’s promise to advance a $1 trillion infrastructure plan and revitalize America’s manufacturing sector, perhaps the two most bipartisan items on his agenda. Nearly 100 members of Congress, as well as representatives from the energy, chemical, and manufacturing sectors,…

As our national leaders move forward with plans to revitalize the U.S. economy, no two issues have more promise to unleash America’s potential than comprehensive tax reform and improvements to the federal regulatory process. On tax reform, our tax code is significantly dated. Taxes, especially on the business side, are too high and unnecessarily complicated. The cumbersome tax system stifles economic growth and restricts our ability to create jobs. That is why the American Council for Capital Formation has developed a broad set of policy recommendations to streamline the tax code to make it simpler, fairer, and more oriented toward the formation of capital. President Trump and the leaders of the 115th Congress have both expressed a commitment to making tax reform a reality, using the momentum of the November elections to galvanize bipartisan support for pro-growth tax policies. The president during his inaugural address restated his support for ensuring that tax policy works to the benefit of American businesses and families. Speaker Paul Ryan and House Ways and Means Committee Chairman Kevin Brady have laid out their own blueprint for reforming the tax code. President Trump’s call for action mirrors many of the features of the House GOP blueprint.… 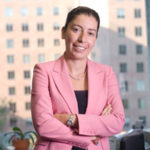 Here at the American Council for Capital Formation, we have contributed extensive commentary to clarify the definitions of subsidies, deductions, and various tax provisions and their implications on public policy. Often times, we have witnessed progressive public officials, some academics, and even multilateral bodies such as the G-20 and IMF call for the elimination of so-called “fossil fuel subsidies.” These critics have alleged both the U.S. and global fossil fuels industry benefit by subsidies from U.S. and international governments, when the reality couldn’t be further from the truth. Traditional energy producers do not receive subsidies from the United States government – they take tax deductions much like virtually all other manufacturers.

The latest allegation comes from libertarian-leaning Cato Institute in a new analysis released in late December that looked specifically at Department of Energy (DoE) subsidy programs. The analysis’s author correctly pointed out a number of past and current DoE projects where taxpayer dollars have been wasted on mismanaged on ill-conceived projects. They are detailed in nine case studies to substantiate their case to get rid of all subsidies for solar, coal, wind power, and hydrogen fuel programs.